Check out some of the local celebrity endorsements we’ve received this year! 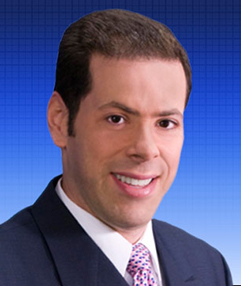 Brian joined the 22News Storm Team in September of 1996. He can be seen on 22News each weeknight starting at 5pm.

Brian got his start in broadcasting at the age of 15 at radio station WILI, in his hometown of Willimantic, CT. He’s worked as a radio on-air talent for KISS 95.7 in Hartford, CT; WIOQ in Philadelphia, PA; WYYY and WJPZ in Syracuse, NY; and WPRO-FM in Providence, RI.

Brian has a Bachelor’s degree in Television Radio Film Management from Syracuse University. In addition he holds a certificate in Broadcast Meteorology from Mississippi State University. He also has earned the National Weather Association Broadcast Seal of Approval.

During his time at 22News, Brian has been recognized numerous times for his forecasting efforts. In 2013, Brian was the recipient of the National Weather Association’s Broadcaster of the Year Award. In 2000, 2007, and 2012, Brian, along with the 22News Storm Team, was awarded the Massachusetts & Rhode Island Associated Press award for best weathercast. The 22News Storm Team was also presented an American Red Cross of Pioneer Valley’s Hometown Heroes Award for their forecasting and continuous coverage on the day of the June 1, 2011 tornadoes which many viewers have credited for saving their lives. When he’s not at 22News, Brian is out in the community, talking to dozens of school groups and civic organizations each year about weather, climate and television news. As advocate for broadcasting in the public interest, Brian is a member of the board of directors of the Office of Communication of the United Church of Christ. He also serves on the Board of Directors of the Silver Lake Conference Center and Youth Camp in Sharon, CT. Brian attended the camp when he was growing up, and later volunteered as an adult.

Brian loves living in western Massachusetts! Brian and his twin daughters can be seen hiking at The Notch and Mt. Holyoke, biking on the Norwottuck Rail Trail, skiing in the Berkshires, buying local food from local farmers and occasionally eating at our fabulous local restaurants!